Grids, grids, grids – are your surveys boring your respondents to sleep? There are alternatives

Grids, grids, grids – are your surveys boring your respondents to sleep?

Online surveys are replete with endless grids – matrices of repetitive questions conveniently organised and seemingly efficient.  But they have problems – most notably, they are boring and unengaging, and a spectacular example of how the research world has failed to take advantage of the computer world.

BUT THERE ARE ALTERNATIVES.

Let’s look at an example. Below is a question about internet browsers, specifically, about how attractive people think the various browsers are that they have used before.  In a grid it could look like this: 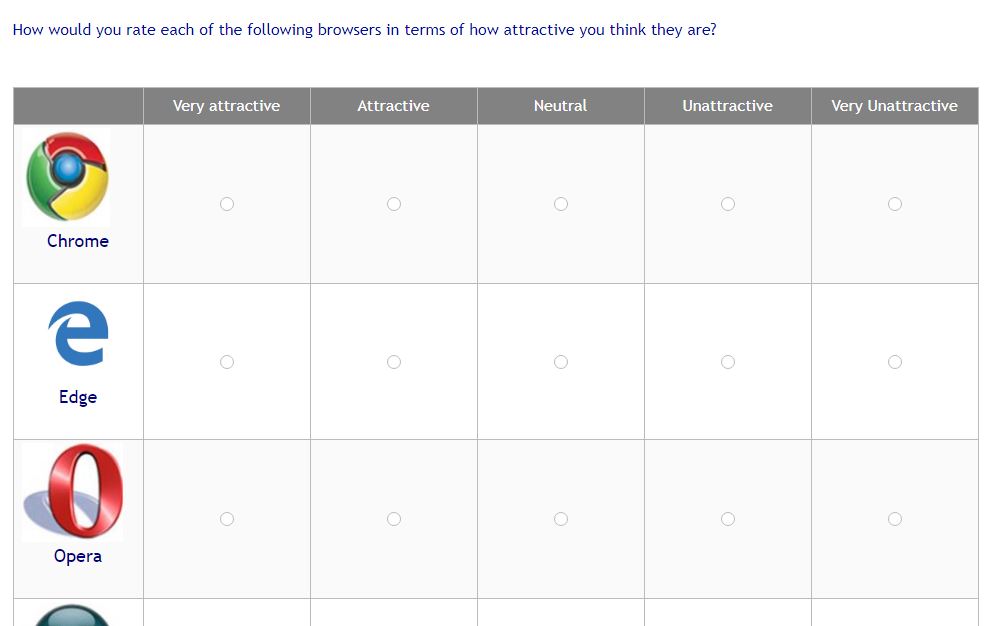 This one grid is probably no problem really.  But imagine the above grid with 5 browsers and for another 10 attributes.  That’s a total of 50 rating questions in one ongoing grid after grid.

Suddenly you are into respondent meltdown.  The result:

There are, however, clever alternatives that are easy to set up and are far more engaging.  Alternatives that take advantage of the computer the respondent is sitting in front of.  Some of these are:

Dynamic grid presents the browsers (the stimuli) one at a time and the respondent selects the appropriate answer.  After the selection is made the next stimuli is presented.  Stimuli can be text or images or both.

A big advantage of DYNAMIC GRID is that it is fully MOBILE COMPLIANT.  The image below is a Nokia 7.1 phone image.

The example below collects the same data as above but in a far more efficient and engaging manner.  What’s more, it collects much better data – more discriminating and more real.

This question is fun, fast and efficient to use – particularly when collecting brand attribute data over many brands and attributes.
Card Sort 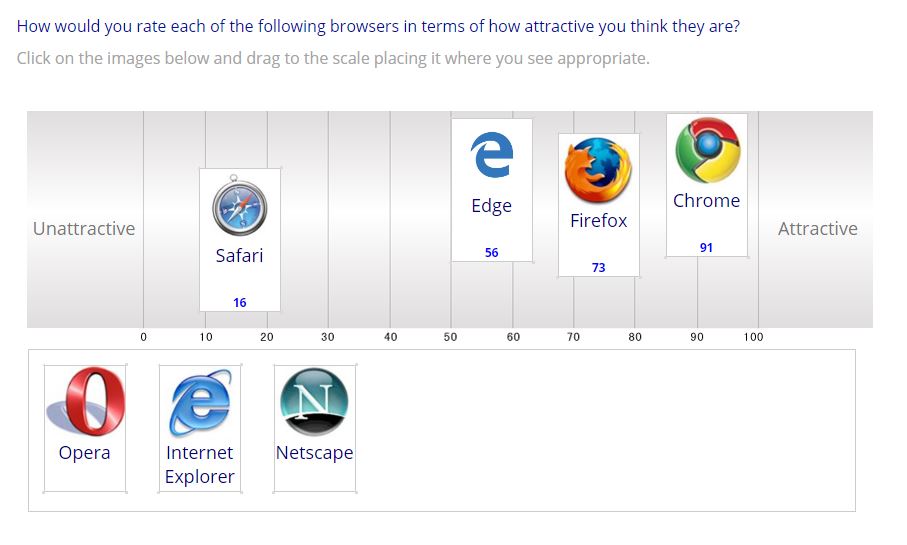 Card sort is easy to construct, more engaging and can be used to sort images, text statements or both. 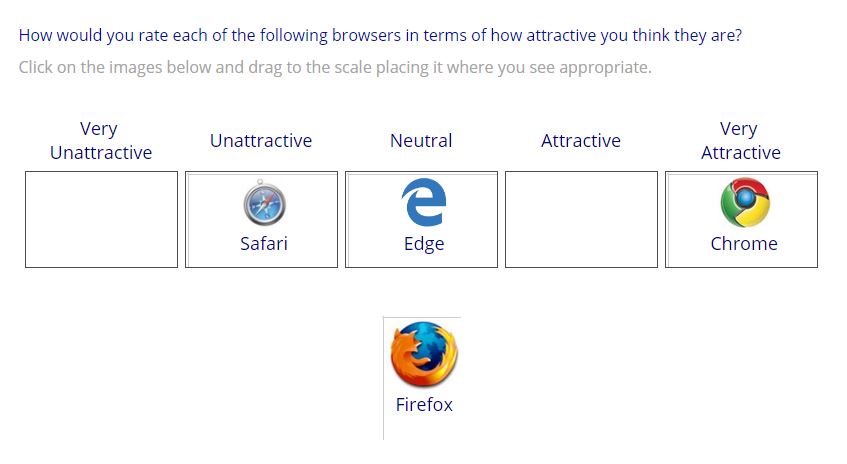 You can see that there are many ways of collecting data other than grids – it’s just important that market researchers begin to tap into what the computer and internet can offer, rather than just trying to recreate paper on a screen.

What’s even better though, is that by using our surveying system SMP Surveys, these advanced question types are easier to script than the grid they replace!